Fingerprints of the Gods?

Fingerprints of the Gods?

Who here has read The 9th Planet or Fingerprints of the Gods?
It's about a theory that our world, civilization, and religion all came from extraterrestrials from a 9th planet (considering our moon, sun and Pluto are planets, which is all very relevant to the book.)
The book gives concrete facts that's very believable and not just some random bullshit conspiracy theory. Definitely interesting, don't want to spoil it for y'all. Go check it out.


Another question for y'all:

Do you believe in aliens? I sure do. Not cuz of internet pictures or abduction shit but I find it hard to belive that there can only be ONE planet in this entire glaxy, universe, whatever, with intelligent life. There is absoluteley no way.

Wow GM your the only person i know in real life or online that also knows about this
Is Fingerprints of the Gods the same as Chariots of the Gods?
I saw a documentary about this on the History Channel and it was very interesting
Its definitely is not another conspiracy theory, and there is a lot of evidence on it

Like did the Sumerians know facts about the our solar system that we did not know until recently?

But I do believe in that there is life on other planets because the universe is just too large for us to be alone. That and including eyewitnesses and what the government tries to hide. Scientifically also there is a very very small chance that we are alone
GuardadoMusic

Its all the same stuff, but Finger prints of the Gods is more recent and has the latest facts. Scary shit when I think about it, maybe the government knows something...

Thats what I've always been interested in
Im not sure if they know about Ancient aliens, that seems really scary to me and makes the government look even more Illuminati-like
But they definitely know about UFOs and aliens today, ever since the Roswell, New Mexico crash.
The government never tells the public, they threaten witnesses, and even have a word to use when they bullshit us: 'disinformation'
Its too obvious they are hiding something, especially when they change around stories.
Also, on the more current aliens, have you heard of Barney and Betty Hill?
They were the first and more popular to report an alien encounter
Betty Hill is still alive but Barney Hill is not
After allegedly being abducted, they could not account for hours of missing time
They underwent hypnosis, and the tapes were so horrible, the hypnotist did not let the Hills listen to their own accounts on the tapes.
Anyway, Betty said that while in the alien spaceship, she asked the leader of the crew where they came from.
The alien showed her a star map(I guess it spoke English)
Betty Hill drew that star map later, and it was unrecognized
UNTIL later, decades/years i believe, when telescopes and other equipment could see into space was it found that the star map Betty Hill drew, resembled the newly found star system 'Zeta Retucli'(I believe it is within our own solar system)
So, how could Betty have know? She can't see into the future can she? Good evidence right there
Another one witch I saw on UFO Hunters, an eyewitness claimed he saw a UFO, and then his car stopped working.(He was in the desert) The UFO landed and two 'Grey' aliens dressed in Men-In-Black type clothes walked out.(I don't remember exactly what they said) The eyewitness asked where the aliens came from,(Again sorry not exactly sure of the exact words but i think they did not answer) but before the aliens left they said "We gots to go now, but we'll be seeing you later" and diapered with a flash of light back into the UFO.
3 days later, at a hotel lobby, the eyewitness was a public speaking event telling everyone what he say. He described the aliens as looking humanoid-like with large noses and gills.
As the event ended and he was about to leave, two men(humans) in black approached him.
They said something like (Sorry again lol) "We have an answer to your question"
"In the star system 'Sirius' there is a planet that is half-water and half-land. That would explain the gills"
The men then said "We gots to go now, but we'll be seeing you later" And the eyewitness though, "Well thats what the aliens just told me 3 days ago in the desert!"
As the men walked away, they passed through the door guarded by a security personnel
disappeared into think air!"

Wheeeeeew a hell of a lot of writing and sorry i didnt have names and exact words on the second one, but what do you think about that?
GuardadoMusic

Damn good shit ML
I remember that abduction thing, but also hypnosis is very inaccurate, the person being hypnotized tends to make up answers rather then recount events (ex. Q: How many aliens on board? A: (thinking) 5 aliens? Sure 5 aliens.)
Makavelilives*

Yea I forgot to mention that also they are 'open to suggestions'.
But if it was really so bad that they couldn't show them their own tapes, makes you wonder still...
GuardadoMusic 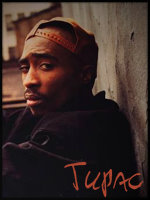 Wow guys, you know so much...I never heard about that Fingerprints of the Gods. Interesting stuff. And about aliens: It just be not possible if there wouldn't something in this huge galaxy.

Somewhere there is something, but we will never know.
GuardadoMusic

You should definitely check it out, look for a book called the Ninth Planet in ya library
Makavelilives*

By the way, talking about galaxy and aliens, it's little bit scary when you thinking about that, because galaxy is HUGE. A lot stars, planets...It's incomprehensible for human

It can blow your mind o.0
Makavelilives*