Alright, in this topic you write down the last movie you've seen and you also give a small summary/your own opinion of it. I'll start

Yesterday I watched: The Fourth Kind(spoilers ahead, if you want to watch the movie and don't want to know the main-plot then don't read my summary)

This movie is mostly about doctor Tyler, her husband got killed by something and she wants to find out who killed her husband. She continues the studies her husband was working on. Her husband studied a small city named ''Nome'' in Alaska. In that city hundreds of people can't sleep at night because they keep getting visited by something. Dr.Tyler tries to figure out what's going on but in the progress she also gets visited by these ''aliens'' and alot of drama occurs.

The weird thing about this movie is that throughouth the whole movie they tell you that it's a true story. In the beginning of it you also get a brief explanation that most of the footage used is based on true archived footage and there's also real footage edited into the movie that you see alot. That kinda sets down the whole mood of the movie from the beginning and at times it really creeps you out.

So when I finished watching that movie I searched on Google to see if it really was a true story. It wasn't lol, I kinda expected it to be false but a small part of me still believed it was a true-story as the so called ''archived footage'' they put in the movie was very convincing and scary.

It is kinda based on a true story though:

In real life, there was a string of disappearances in the small town on the west coast of Alaska, not far from the Bering Strait. In 2005, the FBI was brought in to investigate. The victims were largely native men traveling to the town from smaller villages, according to the Anchorage Daily News.
The FBI looked into about 20 cases, finding alcohol and frigid temperatures to be causes. Nine bodies were never found.

_________________
Daaamn, don't get me started
My mama smoked so God damn much
when she was pregnant I'm surprised I ain't retarded
At night I can't sleep, count sheep
As they pass through the glass of my neighbors five deep
Starin at the wall, heard a scream
Wake up in the mornin
See the blood in the hall from the murder scene
Killa Kam 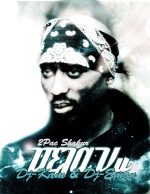 Re: The last movie you've seen

A father and his son walk alone through burned America. Nothing moves in
the ravaged landscape save the ash on the wind and water. It is cold
enough to crack stones, and, when the snow falls it is gray. The sky is
dark. Their destination is the warmer south, although they don't know
what, if anything, awaits them there. They have nothing: just a pistol
to defend themselves against the lawless cannibalistic bands that stalk
the road, the clothes they are wearing, a rusting shopping cart of
scavenged food--and each other.