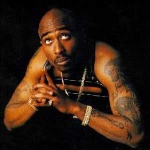 
SO TO ME 2PAC IS STILL ALIVE
GuardadoMusic

Re: The 7 day Theory

2Pac alive theories are usually numerology, which is superstition or lyrical clues, which are just assumptions
Current date/time is Thu May 28, 2020 9:51 am